Here's a press release about the event...

TORONTO, Ontario – March 29, 2010 - The Mopar® name, short for MOtor PARts, is the automobile parts and service division trademark of Chrysler Group LLC and was first used by the company in the 1920’s. Still used today as an unambiguous reference to the parent company, Mopar® also represents the golden era of Chrysler’s hi-performance image cars of the late sixties and early seventies such as the Dodge Charger and Challenger along with Plymouth’s Barracuda, GTX and Roadrunner.

During this time period, Mopar® muscle showed its serious side by dominating the NASCAR circuit, while enjoying movie star fame in several action films as Bullitt, Vanishing Point, and Dirty Mary, Crazy Larry. Several rare examples of these iconic milestones will be offered up for bids as the official kickoff to the Canadian spring collector car season gets underway at the Classic Car Auction of Toronto - the largest event of its kind in Canada. Held indoors April 9-11 at Mississauga’s International Centre, this year's event hosted by Collector Car Productions will feature hundreds of collectable vehicles spanning a nearly century of automotive history.

One of the most radical incarnations of Mopar® performance up for bids is an original 1969 Dodge Charger Daytona edition. With aerodynamic design assistance from NASA and extensive testing at speeds well over 200 mph, these winged warriors had a remarkable drag coefficient of .28, lower than most modern cars today. Purchased from its original owner this rare Hemi Orange on offer comes with its original bill of sale, owner’s manual and fender tags.

Also of interest to collectors is an authentic 1968 Dodge 'General Lee' Charger stunt car used in the Warner Brothers movie, 'Dukes of Hazzard'. Known in the production business as a sling car, this iconic stunt veteran was used for some of the film's most memorable 'flying' sequences and will be uniquely displayed for photo opportunities. Immortalized in film and television the General Lee is by far the most internationally famous of all Chrysler products and was voted as the top hot rod of all time by Hot Rod Magazine.

Other significant cars from the Chrysler stable consigned to this event include the following:

In addition to the popular automotive flea market area and garage memorabilia, the auction line up will also include several collectable motorcycles and offer visitors half price tickets to the International Spring Motorcycle Show held in the adjacent hall on April 10 & 11.

Additional information on bidding, buying or consigning at this event can be found on the company’s website at: www.ccpauctions.com or by calling 519-352-4575 ext 555. Arrangements can also be made to bid in advance, or by telephone.

Someone buy me that T/A!

Here's a photo that I know will catch your attention... 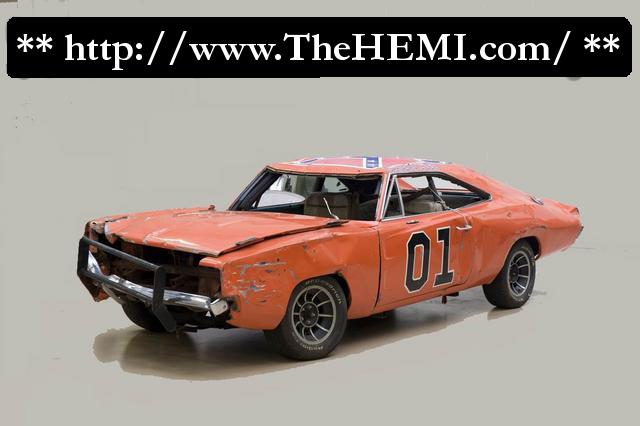