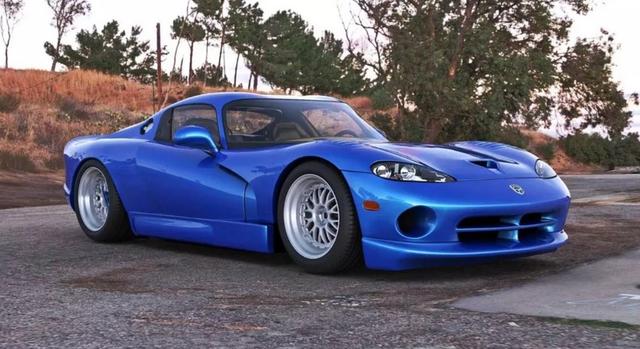 See what a mid-engined Dodge Viper would look like
http://autotimesnews.com/news/see-what- ... look-like/


The designer remade the Dodge Viper by moving his 8-liter V10 from under the hood behind the seat backs.

Independent car designer Abimelek Arellano decided to wipe the American Dodge Viper sports car and performed a heart transplant on him – unfortunately, only on a computer screen. But the result is impressive!

Brutal Dodge Viper began to produce back in 1992. Aggressive look Viper developed by Tom Gale, who then headed the design department of Chrysler. The car was conceived as a kind of continuation of the traditions of classic American sports cars. The inspiration for Dodge designers and engineers was the legendary AC Cobra: with a powerful engine and a predatory minimalist design.

Viper’s engine designed on the basis of the motor Magnum V10 line of Chrysler LA. In its original form, the engine from the pickup was too heavy for a sports car, so the cast-iron unit was replaced with an aluminum one. The motor weighed 323 kilograms and developed a power of 400 horsepower. Elements of the exhaust system are made of Nomex – a composite material used in space technology, and the exhaust pipes were removed under the thresholds.

Designer Abimelek Arellano decided to imagine that a giant 8-liter engine was installed in the Viper, not in front of the passenger compartment, but behind it. In other words, to make the Viper a mid-engined, although this arrangement in American cars cannot be called common. On computer drawings Dodge Viper looks no less impressive – especially with a glass engine compartment lid.

I'm not promoting this idea by any means, just sharing the posting.