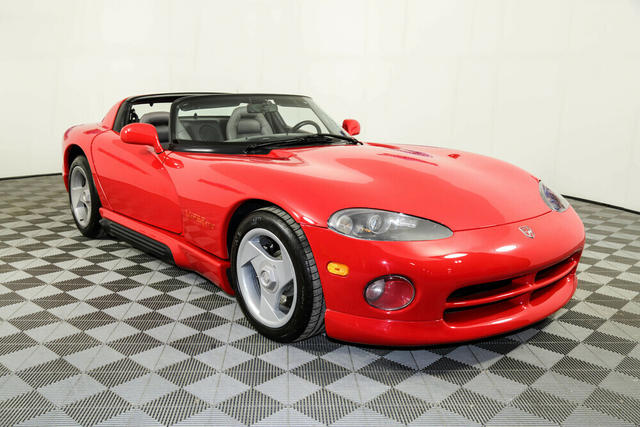 
This original 1992 Dodge Viper is powered by an 8.0-liter V10 engine coupled with a 6-speed manual transmission. It has only had one owner, former Denver Broncos quarterback and current general manager, John Elway. Mr. Elway purchased this Viper the first year the vehicle was released in 1991. Only 250 1992 Dodge Vipers were made, and this one’s VIN ends in 45. It has 7,935 actual miles (mileage not indicated on the title). The vehicle is presented in Viper Red. Lamborghini helped design the 400hp V10 engine and Carroll Shelby had a hand in the body design, giving the Viper that classic Shelby feel. This Viper has been stored at the showroom and maintained at John Elway's dealership in Greeley, CO. Elway was the quarterback for the Denver Broncos for 16 years, during which he won two back-to-back Super Bowls.

The Viper is one of my favorite modern vehicles. Probably because I'm a Shelby Cobra fan, too.