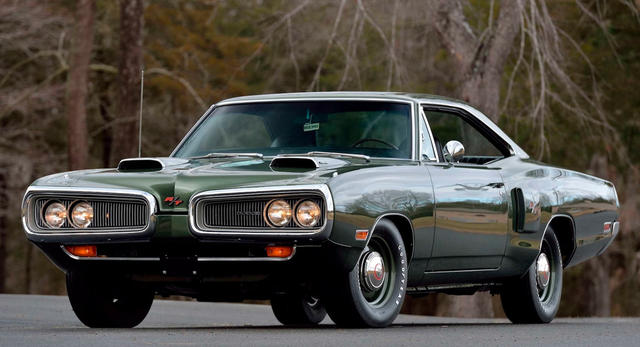 
An extraordinarily rare 1970 Dodge Hemi Coronet R/T will be auctioned off by Mecum during its Indy 2020 sales event running from May 12-17. For fans of rare muscle cars, this is a real treat.

In the year 1970, Dodge manufactured just 13 examples of the Hemi Coronet R/T and this example is one of just four built as a hardtop and optioned with the available 4-speed manual transmission. Making the car all the more desirable is the fact that it is the first of those four units built and appears to have been very well maintained.

According to the listing, the 426 cubic-inch Hemi V8 engine was rebuilt by renowned drag racer Dick Landy in 2000 which saw the powertrain receive new valve guides, a high-performance valve job, as well as Magnafluxing and micro-polishing of the crankshaft. In its day this engine was good for 425 hp.

Additionally, the car was subject to a comprehensive restoration using all factory or NOS parts that was completed in 2014. The original Dark Green Metallic paint has been beautifully maintained over the years and the car continues to ride on steel wheels and hubcaps. Inside, it features black vinyl seats, a distinctive Hurst Pistol-Grip shifter, and a wood-rimmed steering wheel. Additionally, there is an 8-track sound system and interior lighting in the glovebox, ashtray, and in the trunk.

The car will be sold with extensive documentation, including images from the restoration.

What a great looking Coronet. The front end on these cars look so menacing!