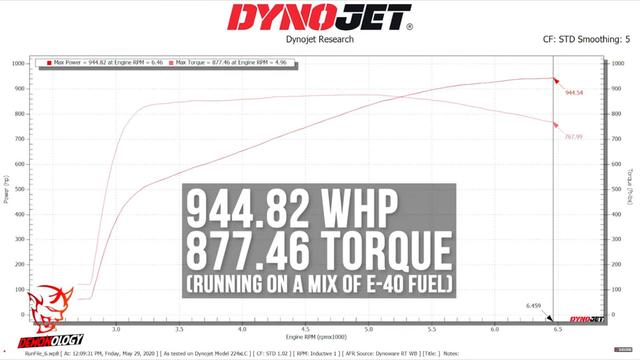 
Does the engine really make that much power?

The 426 cubic-inch Hemi V8. Few engines in the world have such a storied history and devoted following. It’s even more impressive when you consider this engine – in 426 cubic-inch displacement anyway – has been out of production for nearly 50 years. 1971 was the last year Chrysler offered a factory-built 426 Hemi in a street car, and technically speaking, modern-day Fiat Chrylser Automobiles still doesn’t offer the 426 in something you can buy from a dealership.

However, the automaker does have a bonkers 426 Hemi crate engine available. We’re sure you remember FCA’s Mopar team announcing the 426 Hellephant back in 2018 during the SEMA Show. The folks at Demonology certainly remember, as they acquired one of the rare engines and dropped it into a Challenger SRT Demon. After all, why settle for a mere 840 horsepower when you can have 1,000? Does it really develop 1,000 hp though? That's right, it's time for another round of is this engine underrated from the factory? Spoiler alert – it could be, but we're lacking context to say for sure.

FCA’s official rating for this engine is 1,000 hp, and since this is a crate engine without a specific vehicle to call home, that figure is obviously measured at the crankshaft. With the mill stuffed into the engine bay of this Demon, Demonology makes a chassis dyno pull that returns 944 hp to the wheels. Assuming 15 percent driveline loss going through the Demon’s automatic transmission, that means the Hellephant here is making not 1,000 hp, but 1,110 – a full 110 more than FCA claims. That’s not slightly underrated, that’s in a completely different universe of horsepower.

Man, I really need one of these to find its way under the hood of my RAM!