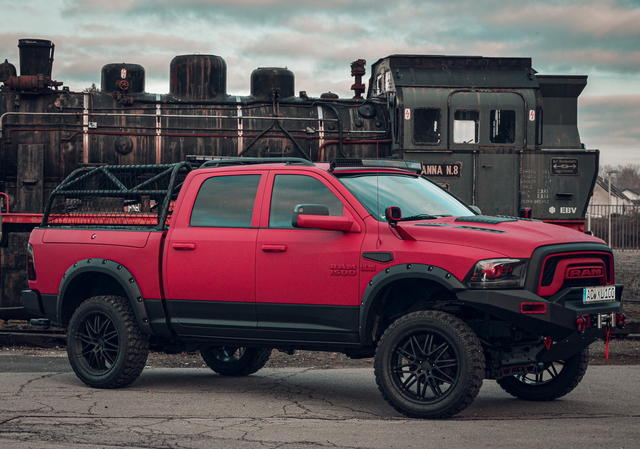 
JB Car Design is a name that we haven’t heard in a while, but the German tuner continues to roll out custom projects, including the new Ram 1500 Limited Series.

Production is capped at only 28 units and pricing starts from €79,500 ($88,599), including tax. However, to get every single feature available on their shelves for the American truck, you’re looking at much more – ridiculously much more: €120,000 or the equivalent of $133,734 at current exchange rates for the pictured vehicle.

Why anyone would pay that much for a workhorse is beyond our comprehension, even if to its defense, it is loaded with a hots of features that make it more durable and increase its versatility on arduous terrains. Before work started, the cab was stripped from the chassis and everything was rustproofed. All pickups are painted in ‘Stone-Crunch’ varnish, available in different shades, and can be had in a two-tone look.

An engine underside guard, a modified grille, extra hood ventilation, custom steel cage and 10×22-inch wheels, wrapped in off-road or M+S tires, will further drain your bank account, as will the curved LED lights mounted on the roof railing that cost €1,750 ($1,950).

This is a pretty interesting RAM project. It looks like it means business!