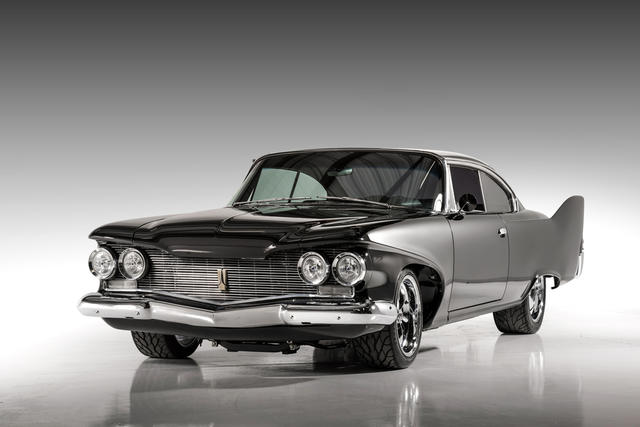 
Almost 37 years ago, John Carpenter’s now cult-classic Christine was giving nightmares to cinema-going teenagers mainly because of the main character in the movie, none other than a possessed 1958 Plymouth Fury.

Built between 1955 until 1961, the first-generation Fury was originally a sub-series of the Plymouth Belvedere and became a separate model line in 1959, when the finned muscle cars were still roaming Detroit.

Available just as a two-door full-size coupe in the beginning, it was soon accompanied by a sedan, station wagon, and a convertible, but it’s the Coupe that became most famous thanks to the aforementioned Stephen King best-selling novel and subsequent John Carpenter horror flick.

Even though it now has a cult following, the first-generation Plymouth Fury is not exactly the most used platform for custom builds or resto-mods nowadays. From that same rarity corners comes the following 1960 Fury, a custom car modified in the Pro-Touring style to be as frightening as possible.

The car sits on a custom cut floor pan and frame connector and its original 350 cu in motor has been replaced by a 6.1-liter HEMI crate engine from the Mopar treasury, complete with Indy heads and a six-barrel carburetor.

With 440 horsepower and 440 lb-ft of torque at its disposal, sent to the rear wheels through an A518 Torqueflite 4-speed automatic transmission, the car has plenty of oomph despite its gargantuan size and weight.

The engine’s breath is helped by custom ceramic-coated black headers and a stainless-steel exhaust with MagnaFlow mufflers. Taking care of stopping the beast is a set of Wilwood four-wheel power disc brakes.

The exterior has been left mostly intact, but the original two-tone paint is now black on black to contribute even more to the sinister look. Inside it’s a leather and suede party, with Katskin leather bucket seats,leather-covered door panels and dashboard and a suede headliner.

If you plan on scaring your neighbors every time you go for a drive you’ll be pleased to learn that the car will soon be put on auction with no reserve by Barrett-Jackson during the 2020 Scottsdale event that has just started.