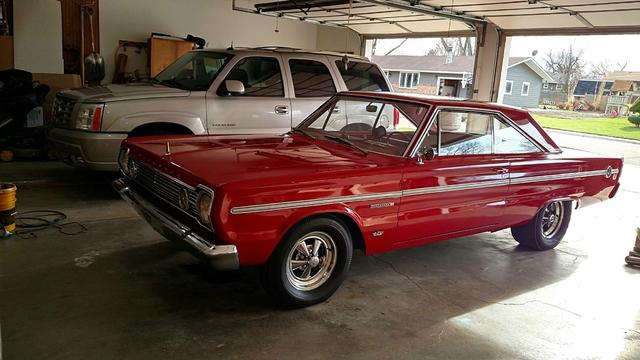 
“I just never forgot that story. Lying in that cancer machine I just kept thinking, Is this really real? He has a Hemi car with 800 miles?”

Seven years had passed since Michael Knispel called on a classified ad in the Omaha World Herald about a half-dozen cars for sale outside the small town of Elkhorn, Nebraska. One was a Super Bee that was a basket case. Another was a 1964 Chevelle SS. Michael recalled a Camaro and an SS454, but none of them were “nice.” They needed a lot of work, except for one “in the back of the barn.”

“[The owner] said, ‘I have an original ’66 Belvedere with 800 miles.’ When he said he had the original Hemi and it had another Hemi in it, that took away the originality.”

As a result, Michael didn’t even walk back and look at the Plymouth muscle car, which for some reason surfaced in his mind as he lay there in the hospital. He should have checked out that Mopar.

In November 2016 Michael was back in Omaha visiting grandkids. Elkhorn is a 20-mile drive. He wondered if the Hemi was still there. Probably not, but why not call?

From this point on, events moved in his favor toward this car like he had “stepped on a rock” that just kept “rolling me downhill” toward that 800-mile Hemi.

First, Michael had to find the phone number from seven years ago. That newspaper just might still be in his office at home in Minden, Nebraska, but he was in Omaha. He called his youngest son, who lived in Minden, and asked him to go to his house and look for that old newspaper. Incredibly, he found the paper “all yellowed” on his father’s desk under a stack of other newspapers. On that paper, Michael had written the number for the owner.

“I called the guy and I asked him if I could come by and look at the cars again. I told him I had looked at them years ago. He said I could.”

Michael was elated to find the Plymouth, a Belvedere II, was still there. But he was not familiar with Mopars. He owned a 1956 Thunderbird, a 1967 Corvette, and a 1967 Shelby Mustang clone. So he balked again on the deal. He did gather numbers off the car and more information.

“It looked nice, but I was still skeptical.”

When he got back to his older son’s house in Omaha, a funny thing happened. Michael’s wife said, “Do you want to talk to Steve?”

Steve was Michael’s daughter-in-law’s father, who used to live in Omaha but had moved to Arizona. Steve was on the phone, which was unexpected.

“I didn’t have anything to talk to him about. I told him I went out and looked at this Hemi car, and he said, ‘Oh, that was Ed Jochim’s car. I lived two houses from him when he bought that brand new in 1966.’”

Michael was blown away. He could not believe what he was hearing. Steve even gave him the original owner’s phone number.

“I called the original owner, and he gave me the second owner’s name. He was Stephen Johnson, a deputy sheriff in Arkansas.” Michael phoned Johnson. He owned the Plymouth 32 years and installed the Dick Landy motor that was still in the car. Michael was intrigued to hear the stories.

“He told me about how he and a friend drove out to California in a Mitsubishi pickup to pick up the Dick Landy motor. He was just tickled to death about anything he could do to help me with the car.”

Michael’s skepticism was disappearing. He realized this Belvedere II was born a real Street Hemi and was drag raced for years with a Dick Landy motor, and that explained the low miles. Plus, the car looked almost like new.

Michael called the current owner back, now eager to make a purchase, but to his chagrin got no answer.

November passed. December passed, and still no answer. Michael kept calling, all the while thinking the owner must have sold the car, “or he doesn’t think I am serious, or doesn’t want to talk to me.”

Finally, Michael left a message on the phone and got a call back at the end of January 2017. He was relieved to discover the car was still available. The two made a deal.

“I picked it up on a Friday night at 8:30 in the dark. We drove four hours to get home with a Hemi motor in the back of my truck and the car with the Dick Landy Hemi in it on the trailer.”