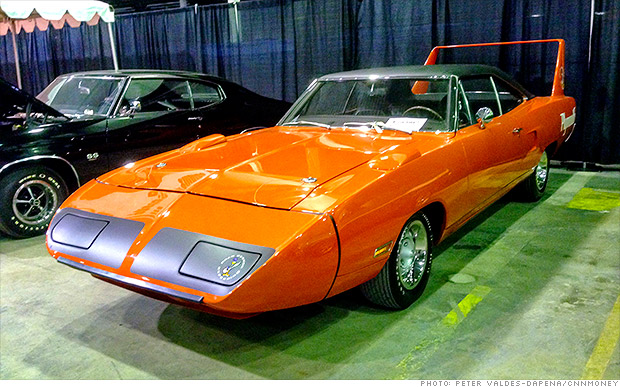 David Nicoll pleaded guilty to money laundering and other crimes. He admitted to bribing doctors so they'd send samples to his New Jersey medical testing lab. As part of his plea deal, Nicoll handed his collection of valuable muscle cars over to the U.S. Marshals Service and the cars were put up for auction, selling for a total of over $2.5 million on Friday.

This model, the Superbird, was produced for just one year and for just one purpose: stock car racing. Rules of this era required manufacturers to actually sell to the public the same cars they raced on the track. Only about 1,900 Superbirds were built.

An interesting story always add value to the sale.