Volvo Amazon HEMI -- Wait, a What?

Volvo Amazon HEMI -- Wait, a What? 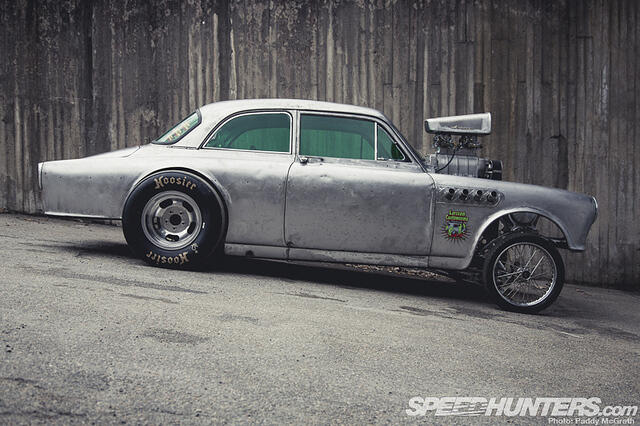 
The Volvo Amazon was a pretty cool Swedish vehicle that was sold from 1956 through 1970. While some of them have survived to this day, others aged so badly that they had to be scrapped.

However, it seems that not all Volvo Amazons go to Heaven after they die. At least one of them came back to life as a gasser. Yes, folks! The rubber burning beast you’re about to see below is wearing a Volvo shell!

Designed by Henrik Larsson of Larsson Customizing, the Volvo Hemizon was basically built from scratch, with most of the parts picked up as they were laying around the shop. As the name suggests, the dragster was gifted with a 331 cubic inches (5.4-liter) Chrysler Hemi V8 engine and dual Edelbrock carburetors. And as any respectable drag strip machine that wants to make a name for itself, it also gained Hoosier tires at the rear. Need we say more?

While we agree this is a totally insane project, we find the Hemizon to be both scary and awesome. We won’t fill you in on Larsson’s visual details, as we want to make sure you check this green-eyed monster in the photo gallery section below.

I have never heard of a Volvo Amazon, but this one certainly looks awesome!