10 Times Democrats Urged Violence Against Trump And His Supporters

10 Times Democrats Urged Violence Against Trump And His Supporters 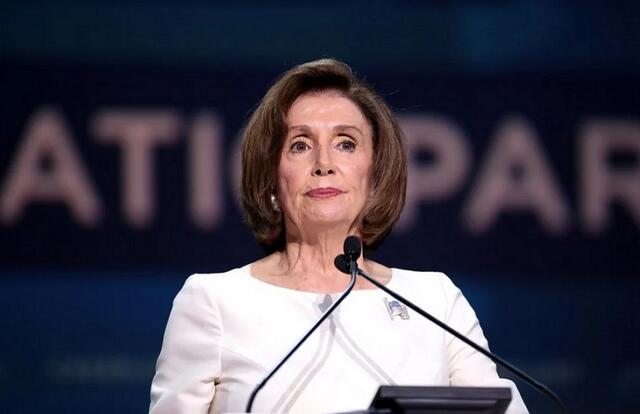 
While Democratic politicians and the corporate media blamed President Donald Trump for the mob riot at the Capitol on Wednesday, saying his rhetoric incited violence, many of these same lawmakers and bureaucrats have for years called for violence and physical action against those who believe differently than they do.

“Hate to break it to you but if Trump had won, there would have been violence on Wednesday, and it most certainly would have been worse. How do I know? Because Democrats have been endorsing violence as a political tactic throughout the Trump Administration,” wrote Grabien founder Tom Elliott on Twitter.

In an extensive thread, Elliott outlined many examples of Democratic politicians and other leftists advocating for violence as a response to conservatives.

In 2018, Democratic Rep. Ted Lieu of California said on MSNBC that if Trump fired special counsel Robert Mueller, there would be “widespread civil unrest” as people would “take to the streets.”

Similarly, former Director of National Intelligence James Clapper agreed that if Trump fired Mueller, it would “set off a firestorm not only on the Hill but also in the streets.”

That same year, Sen. Cory Booker urged people to answer a “call to action” to protest at the Capitol. “Please, get up in the face of some congresspeople,” Booker said at a conference.

Failed Democratic presidential candidate Hillary Clinton said civility was only an option if the Democrats controlled the legislative branch. “You can’t be civil with a political party that wants to destroy what you stand for and what you care for,” she said in 2018.

Former U.S. Attorney General Eric Holder encouraged a group of “liberal activists,” to fight back, a sentiment that was met with applause and laughter. “Michelle [Obama] always says, ‘When they go low, we go high,’” Holder began. “No. No. When they go low, we kick them.”

In 2019, Rep. Joaquin Castro said Democrats would “fight [Trump] and challenge him in every way that we can in the Congress, in the courts, and in the streets and protests,” if the president declared a national emergency about a government shutdown.

Shortly after claiming “God is on our side,” Rep. Maxine Waters of California also urged activists to physically confront the Trump administration in public places, saying, “You get out and create a crowd. You push back on them. You tell them they are not welcomed anymore or anywhere.”

Waters continued her narrative in an interview with MSNBC’s Joy Reid, telling people to be “more forceful, more confrontational, and more prepared to push back on this administration.”

Sen. Jon Tester of Montana took it one step further, encouraging people to “punch Trump in the face.”

“I don’t think even in states where Donald Trump won big that it does you any good running away from [him],” Tester said. “[b]I think you need to go back and punch him in the face. I mean, the truth is, is this guy is bad for this country.[/b]”

As you can imagine, there's even more than this if you look back over the past year.