Clinton campaign, DNC paid for dossier about Russia and Trump

Clinton campaign, DNC paid for dossier about Russia and Trump 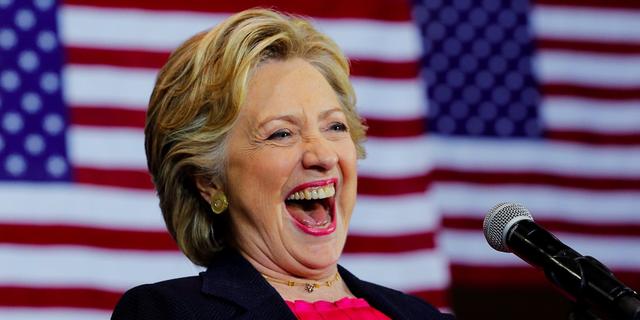 
The dossier has become a lightning rod amid the intensifying investigations into the Trump campaign’s possible connections to Russia.

The Hillary Clinton campaign and the Democratic National Committee (DNC) helped fund research that resulted in a now-famous dossier containing allegations about Donald Trump’s connections to Russia and possible coordination between his campaign and the Kremlin, people familiar with the matter said.

Elias and his law firm, Seattle-based Perkins Coie, retained the firm in April 2016 on behalf of the Clinton campaign and the DNC. Before that agreement, Fusion GPS’ research into Trump was funded by a still unknown Republican client during the GOP primary.

The Clinton campaign and the DNC, through the law firm, continued to fund Fusion GPS’ research through the end of October 2016, days before Election Day.

Fusion GPS gave Steele’s reports and other research documents to Elias, the people familiar with the matter said. It is unclear how or how much of that information was shared with the campaign and DNC, and who in those organizations was aware of the roles of Fusion GPS and Steele.

The dossier has become a lightning rod amid the investigations into the Trump campaign’s possible connections to Russia.

Trump tweeted as recently as Saturday that the Justice Department and FBI should “immediately release who paid for it.”

Steele previously worked in Russia for British intelligence. The dossier is a compilation of reports he prepared for Fusion. The dossier alleged the Russian government collected compromising information about Trump and the Kremlin was engaged in an active effort to assist his campaign for president.

U.S. intelligence agencies later released a public assessment, which asserted that Russia intervened in the 2016 election to aid Trump. The FBI has been investigating whether any Trump associates helped the Russians.

Trump has adamantly denied the allegations and has dismissed the FBI probe as a witch hunt.

Fusion GPS’ work researching Trump began during the Republican presidential primaries when the GOP donor paid for the firm to investigate.

When the Republican donor stopped paying for the research, Elias, acting on behalf of the Clinton campaign and the DNC, agreed to pay for the work to continue.

The Clinton campaign paid Perkins Coie $5.6 million in legal fees from June 2015 to December 2016, according to campaign-finance records, and the DNC paid the firm $3.6 million in “legal and compliance consulting’’ since Nov. 2015 — though it’s impossible to tell how much of that work was for other legal matters and how much of it related to Fusion GPS.

After the election, the FBI agreed to pay Steele to continue gathering intelligence, but the bureau pulled out of the arrangement after Steele was publicly identified.

The dossier was published by BuzzFeed News in January. Fusion GPS has said it did not give BuzzFeed the document. Officials have said the FBI has confirmed some of the information in the dossier. Other details have yet to be verified and may never be.

Is anyone really shocked?

Re: Clinton campaign, DNC paid for dossier about Russia and Trump

This is getting a little more interesting...


Hillary Clinton’s campaign and the Democratic National Committee violated campaign finance law by failing to disclose payments for a dossier on Donald Trump, according to a complaint filed Wednesday with the Federal Election Commission.

The complaint from the nonprofit Campaign Legal Center said the Democrats effectively hid the payments from public scrutiny, contrary to the requirements of federal law. By law, campaign and party committees must disclose the reason money is spent and its recipient.

“By filing misleading reports, the DNC and Clinton campaign undermined the vital public information role of campaign disclosures,” said Adav Noti, senior director of trial litigation and strategy at CLC and a former FEC official. “Voters need campaign disclosure laws to be enforced so they can hold candidates accountable for how they raise and spend money. The FEC must investigate this apparent violation and take appropriate action.”

Media reports on Tuesday alleged that a lawyer for the Clinton campaign hired Fusion GPS to investigate Mr. Trump in April 2016. The private research firm reportedly hired Christopher Steele, a former British spy with ties to the FBI, to conduct the opposition research, and he compiled a dossier containing allegations about Mr. Trump’s connections to Russia.

The Clinton campaign and the DNC funded the effort until the end of October 2016, just days before the election.

“Questions about who paid for this dossier are the subject of intense public interest, and this is precisely the information that FEC reports are supposed to provide,” said Brendan Fischer, director of federal and FEC reform at CLC. “Payments by a campaign or party committee to an opposition research firm are legal, as long as those payments are accurately disclosed. But describing payments for opposition research as ‘legal services’ is entirely misleading and subverts the reporting requirements.”