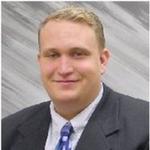 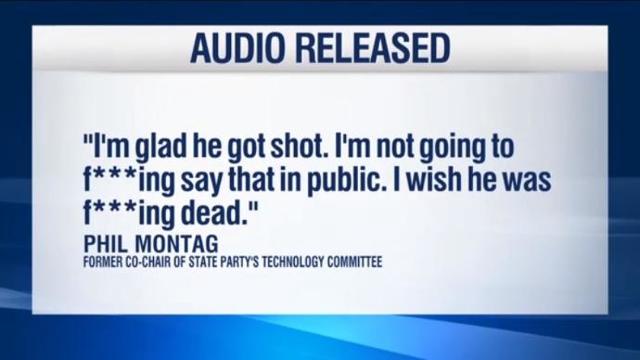 
The chairwoman of the Nebraska Democrats removed a party official from his post Thursday, after a recording surfaced that appeared to capture the official saying he was glad House Majority Whip Steve Scalise was shot and that he wished Scalise died.

"As soon as I heard it, I sent it to the (party) officers and then sent an email to Phil Montag informing him I am removing him from his appointed position as Co-Chair of the Technology Committee," Kleeb told the World-Herald. "Wishing a Member of Congress or any individual dead is disgusting and has no place in our party."

Kleeb reported the conversation to law enforcement out of concern it was a genuine threat, she told the paper.

Scalise and four others were shot during a June 14 practice for a congressional baseball game. Scalise is still in the hospital recovering from surgeries performed to address the gunshot.

Montag said the recording was edited to take his words out of context.

"Like every decent American I am saddened and horrified by the shooting of Congressman Scalise," Montag said in an email, according to the World-Herald. "I do not and did not wish for his death. I am hopeful that the entirety of the original, unedited recording will emerge so we can get to the truth of the matter."

The recording was made during a conversation between Montag, party official Chelsey Gentry-Tipton and a friend of hers. Gentry-Tipton faced criticism last week for saying the GOP members of Congress crying about the shooting on television were funny because they supported the National Rifle Association’s agenda.

"I'm glad he got shot," Montag says in the recording. "I'm not gonna (expletive) say that in public."

"Well then what are you saying it to us for?" someone else in the recording asks.

"I wish he was (expletive) dead," Montag replies.

What a pathetic piece of trash. He better never have another job in politics.