The Obama-Clinton Ban on Muslims

The Obama-Clinton Ban on Muslims 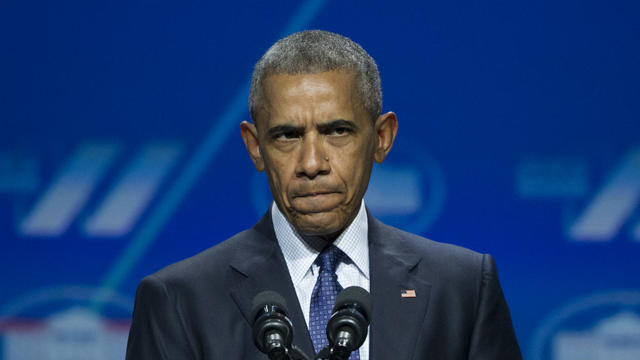 
For all indignation from the Democrats over the so-called “Muslim ban” proposed by GOP presidential candidate Donald Trump, one would think they’ve never supported such a thing. Wrong.

According to a investigative report from ABC News published in 2013, the Obama-Clinton State Department stopped processing Iraqi refugee requests for six months in 2011 after it was discovered that two al Qaeda-Iraq terrorists, who had previously attacked US soldiers in Iraq and were trained in bomb making, entered the country as refugees and were living in Bowling Green, Kentucky.

Given the majority of the population in Iraq is Muslim, this should be considered the Obama-Clinton Muslim ban--much those bans proposed towards Syria and other countries in the aftermath of the Paris massacre.

The State Department, which Clinton led at that time, was directly in charge of refugee requests when the Iraq ban was imposed. The Obama Administration took this action after it was discovered two Iraqi men, Waad Ramadan Alwan and Mohammed Shareef Hammadi, who had claimed persecution, revealed to undercover officials their plans to use “a bomb to assassinate an Army captain they'd known in Bayji, who was now back home – and to possibly attack other homeland targets.”

In fact, Alwan had built bombs in Iraq that were targeted at US soldiers in the past. ABC News reported that the “FBI found his fingerprints on a cordless phone base that U.S. soldiers dug up in a gravel pile south of Bayji, Iraq on Sept. 1, 2005. The phone base had been wired to unexploded bombs buried in a nearby road.”

Still, he was permitted to come to Bowling Green and live with Hammadi, where Alwan was living in public housing and receiving public assistance.

Listening to President Obama and now presumptive Democratic presidential nominee Hillary Clinton yesterday, however, one would think they’ve never tried to stop such men from entering the United States.

“That's not the America we want," President Obama said Monday. "It doesn't reflect our democratic ideals. It will make us less safe." That followed remarks from Clinton, who said,“Inflammatory anti-Muslim rhetoric and threatening to ban the families and friends of Muslims Americans as well as millions of Muslim business people and tourists from entering our country hurts the vast majority of Muslims who love freedom and hate terror.“

Their attacks were not only hypocritical, but not entirely fair to Trump either.

Although some of Trump’s language is regrettable, he has recently recalibrated to echo language from his former presidential primary rival Ted Cruz to temporarily block refugees from nations where there are terror-related concerns. (More specifically, Cruz offered legislation to allow governors to decline to accept Syrian refugees until the State Department could provide adequate assurances that the refugees posed no security threat.)

But nuance has been largely cast aside in the name of politics. Meanwhile, un-vetted refugees continue to pose a threat to the United States and its allies.

Earlier this month, Germany arrested three men, one of them a Syrian refugee, on suspicion of an ISIS-plot to bomb and “take out as many bystanders as possible.” In January, US officials arrested two refugees on terror-related charges, too.

The bare fact remains that both Obama and Clinton have supported a ban against refugees from a Muslim country in the name of protecting the homeland.

Surely they must have believed it made America more secure.

The question for both of them today is, with ISIS explicitly infiltrating refugee flows in 2016, why wouldn’t similar action continue keeping us safe?