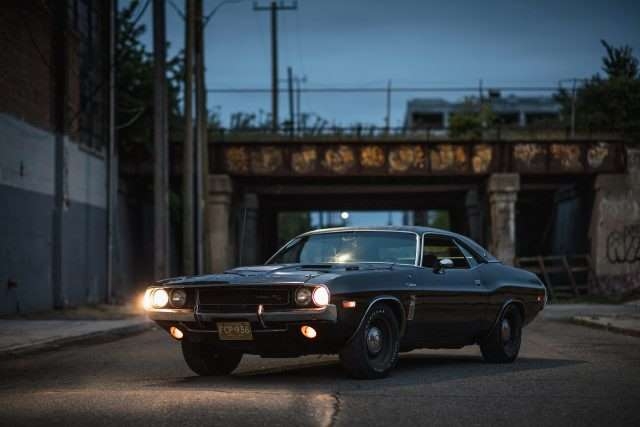 
Breathtaking in both style and performance but separated by five decades, one car is a Roaring Twenties luxury coupe that was years ahead of its time, while the other is a 1970s street racing equivalent of the Stealth Bomber. Now the first 1921 Duesenberg Straight Eight and a rare 1970 Dodge Challenger R/T SE have one more thing in common: They’re the 27th and 28th members of the National Historic Vehicle Register.

The register was created in 2013 in collaboration with the U.S. Department of the Interior to recognize and document the country’s most historically significant automobiles, motorcycles, trucks, and commercial vehicles. The first class was introduced in January 2014.

“There have been over 180,000 objects documented as part of our cultural past, but never before had the automobile been covered until we came along,” Parker says. “The process for documenting a vehicle is exhaustive, but it needs to be done. And it has to be done correctly because, after all, it’s going to be residing in the largest library in the entire world—the Library of Congress.”

Parker says the historical value of the cars isn’t based solely upon the vehicles themselves but about how they have shaped our culture.

“It’s about the human stories behind the horsepower,” she says. “We don’t want to just reach car girls and car guys; we want to reach everyone, and everybody loves a great story … (and) we’ve chosen two cars with absolutely incredible stories—and both are celebrating anniversaries.”

Nearly 100 years ago, brothers Fred and Augie Duesenberg had already made a name for themselves in the racing community when they decided to start building passenger cars. The 1921 Duesenberg Straight Eight Coupe—later referred to as the Model A—was the first Duesenberg passenger car sold to the public. It was built for Samuel Northrup Castle, the son of a Hawaiian sugarcane tycoon, who placed his order in 1919. With coachwork performed by the Bender Body Company of Cleveland, the Duesey was completed in 1921. After 99 years of family ownership, the Straight Eight was donated to the Auburn Cord Duesenberg Automobile Museum (ACDAM) in December 2019.

It’s also a technological marvel. “First [car with a] straight-eight engine—other cars followed that. First with four-wheel hydraulic brakes—many other cars followed that, even today,” says ACDAM curator Sam Grate. “The car left a legacy of telling people what could be. It’s very historically significant—the first embodiment of passenger car and race car combined as one.”

“With a near-perfect combination of options, this is one of the most coveted muscle cars ever built,” the HVA’s Parker says. “It has the gator grain top. It has the Hurst shifter. And it has the Hemi.”

And by Hemi, she means the hold-onto-your-hat 426 Hemi. The legendary engine is original, as is the rest of the car, a fact not lost on Gregory Qualls, son of the Challenger’s original owner. “How many times have you seen a Hemi survivor?” he asks.

As Parker points out, there’s so much more to the car than that. “It’s about a son who sees his father as a hero.” Godfrey Qualls was a Green Beret, a Purple Heart recipient, and a Detroit police officer. He was also one of the most dominant Detroit street racers in the 1970s. Gregory Qualls didn’t learn of his father’s street racing prowess until years later.

According to Parker, “This car would show up out of nowhere every couple of months, and it would beat everybody.”

Mopar collector and expert Dean Herron remembers it well. “Everybody knew the car existed, but nobody hardly saw it. It was a legend. This is the coolest—it’s the ultimate.”

Want to learn more about the newest members of the National Historic Vehicle Register? The HVA will release individual documentaries about both cars in the coming weeks. The Duesenberg video is scheduled for November 11, while the Challenger video will be released December 16.

“The National Historic Vehicle Register was created to fill a gap in our history. As you can imagine, we have a little bit of catching up to do,” Parker says. “There are over 2500 makes of vehicles out there, but we’re going to do this one vehicle at a time. For us, the National Historic Vehicle Register isn’t our mission, it’s our passion—it’s our purpose.”

It's very cool to see this 1970 Dodge Challenger making the registry!