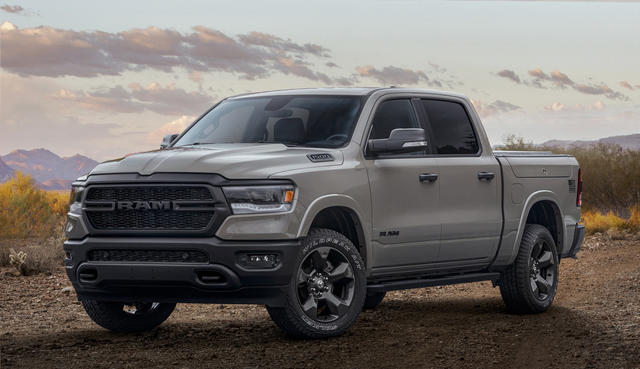 
Ram will build an electrified pickup, FCA CEO Mike Manley confirmed during the company's third-quarter earnings call Wednesday. Manley provided no details, but confirmed that electrification is on the way for its truck brand. This also means that it's not clear whether this truck will be a full electric, or if it will be a conventional or plug-in hybrid. It's still significant, though, since this is the first time we've heard a clear message from FCA leadership that electrification will be a priority for Ram.

“I do see that there will be an electrified Ram pickup in the marketplace, and I would ask you just to stay tuned for a little while, and we’ll tell you exactly when that will be," Manley said, according to the Detroit Free Press.

With concrete plans starting to emerge from both Ford and General Motors, FCA is now looking like the odd one out. Company representatives have been tough to nail down on the question of electrification. Without ruling it out entirely, Manley and other shot-callers have been somewhat dismissive of the notion in previous announcements and interviews.

"The reason we haven't spoken much about electric pickup trucks is not because we view that market as non-existent. We've always had a slightly different view of timing and adoption rates, particularly in North America in terms of full electrification. We are very committed to our electrification strategy — most of which we have revealed," Manley, said in August.

Of course, what had been revealed at the time did not include a pickup. That hasn't exactly conclusive, either, as FCA's future product roadmap has been nebulous (to put it charitably) for essentially the past decade. The announcement of a merger with PSA resulted in yet another strategic reboot, and we've yet to see exactly how Stellantis will integrate existing PSA electrification plans with FCA's fast-and-loose approach to EVs.

Given the fact that PSA is not a player in the full-size pickup game, it stands to reason that Ram's development would likely come from this side of the pond. Whether FCA/Stellantis will keep the development in house or tap one of America's electric startups as a potential partner or supplier remains to be seen. Either route has potential, with a number of electric truck start-ups in the U.S., and extensive EV and hybrid experience within FCA and the soon-to-be-integrated PSA group. In fact, the plug-in hybrid powertrain from the Wrangler 4xe shows some potential for being shared with something like the Ram 1500. For now, though, we'll just have to wait and see.