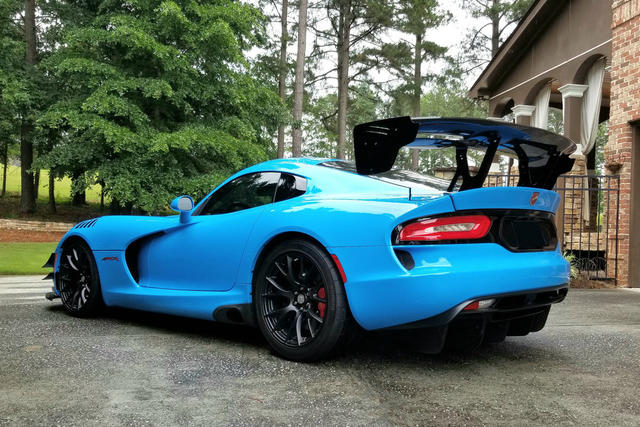 
Longtime Allpar source “Muther” has been giving us the lowdown on the rumored Dodge Challenger ACR (American Club Racer).

Following the highly successful Neon ACR and Viper ACR, this car would have weight reductions, more aerodynamic work (to glue the tires to the track, not to reduce noise and increase economy), and better brakes, among other features. The car will carry much of the Challenger’s excitement until a completely new model is available—and, not surprisingly, that new model will come out later than expected.

There are reportedly to be two cars, most likely one using the 392 Hemi, with instant-on power, and one using the 797 horsepower 6.2 supercharged Hemi. The supercharger is not allowed in some amateur racing series or classes, so the 392 makes sense. According to rumor, the car was benchmarked against the Viper ACR itself—which means that the aerodynamic work, not to mention suspension upgrades, must be fairly intense.

Carbon fiber will replace steel or aluminum wherever practical (which includes financially). The wing is reportedly straight off the Viper ACR-E, while the splitter is modified from the ACR-E design. Brakes would not surprisingly be from Brembo. The suspension would be similar to factory units, but altered so drivers could set the height, caster, and camber at the track, as well as shock damping and rebound. Shocks may be adapted from the Viper design, along with the brakes.

As usual, SRT’s goal is for the Challenger to be raced; racers are the target customers. It’s not meant to be a daily driver; it’s more appropriate for towing in and racing, though it will be street legal. Ralph Gilles, who races himself, takes that aspect seriously; and the car will be well developed when launched.

“Muther” claimed that the goal is to weight in below 4,000 pounds (curb weight); he estimated that, at Road America, it would be within two seconds of the Viper ACR-E. What’s more, as with all SRT cars, it can maintain its speed for multiple successive laps, without overheating.

The car has its work cut out; the Mustang GT500 was just released to the press, and ran 10.6 seconds at 133 mph down an admittedly prepped drag strip, with its Tremec dual-clutch automatic (and fuel economy of just 14 mpg, combined). New versions of the mid-engine Corvettes are also promised at a rapid rate, though they’re not quite what the Challenger is going up against.

The ACR hold great promise, but they won’t change one thing about the Dodge Challenger: among the muscle cars, it has a fine combination of immediate power gratification, comfort, and space. If you need to, you can go from a race to pick up your parents at the airport… which is a bit harder to do with a Mustang, Corvette, or Camaro.

It will be interesting to see if this really happens. A Challenger ACR would be pretty slick.

Re: Will 2021 Challenger ACR beat the best Mustang?

Or, maybe we will -not- get a Challenger ACR... 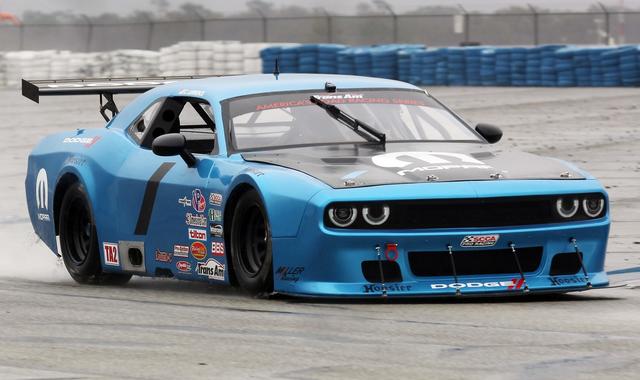 No Hardcore Dodge Challenger ACR In The Cards
https://carbuzz.com/news/no-hardcore-do ... -the-cards

While it rarely makes an appearance, Dodge's high-performance "ACR," or "American Club Racer," brand is revered by enthusiasts. Historically, its a badge that's been reserved for only Dodge's most extreme, track-focused sports cars - models like the Dodge Neon ACR, which was originally sold only to members of the Sports Car Club of America, and the Dodge Viper ACR, the most recent iteration of which set numerous new track records across the US.

Like many Mopar fans, we'd been wondering whether the American Club Racer treatment might come to at least one more enthusiast model in the near future: the Dodge Challenger.

Sadly, Autoweek dashed fresh water on those hopes recently, after speaking to a Dodge spokesperson and being told that a Dodge Challenger ACR is definitively not in the cards for the current third-generation pony car. The most likely reason for this is the curb weight; at significantly north of 4,000 pounds in most configurations, the Challenger is a bit on the chunky side, to put it mildly. Weight is the enemy of performance, not only demanding more torque to get moving, but also compromising handling and braking, necessitating some impractically hefty performance components.

Granted, rumors circulated by Allpar maintained that there would in fact be two versions of the Dodge Challenger ACR: one powered by Dodge's 392 Hemi, to maintain eligibility for a number of US amateur racing classes, and one powered by the Hellcat's 717-horsepower supercharged mill. That outlet also said the car would shoot for a target weight south of 4,000 pounds, thanks to a diet high in carbon fiber.

It sounds magnificent, but it just isn't meant to be - at least not this go-around. We'll check in again after Dodge launches an all-new Challenger for the 2023 model year.

I guess it's anyone's guess at this point, since the rumors are going both ways.
Having a Challenger ACR edition would be a cool thing to complement the Demon.

Re: Will 2021 Challenger ACR beat the best Mustang?

Another article which points to the Challenger ACR not happening next year...


Not that long ago, the Mopar community was treated to a follow-up rumor of a rumor from October 2019. The Challenger ACR, unfortunately, isn’t bound for this world.

Forget all those “insiders” with “knowledge of the project” because none other than Tim Kuniskis has shot the rumor down. “Our cars are not going to be track cars, it’s just physics,” said the head of passenger cars. “We’re not going to do that.” Subject closed, finally!

When you think about it, the Challenger’s niche is something the Ford Mustang and Chevrolet Camaro can’t touch. Ever since the introduction of the Hellcat, Dodge has always been about straight-line performance and output figures that rival or even exceed those of European supercars.

Kuniskis told Muscle Cars & Trucks that market data favors drag racing to road course racing by a ratio of seven to one. Don’t, however, expect our wishful thinking of the Challenger ACR to be dead in the water.

Dodge is working on a replacement for the full-sized Challenger coupe as well as the Charger sedan. The platform that will replace the LX is also going to be lighter and stiffer, giving FCA the possibility to rival the ‘Stang and ‘Maro alike in the twisties. Or to get close to those two.

Lest we forget, electrical assistance has also been confirmed.

The late Sergio Marchionne admitted two years ago that the Giorgio platform from Alfa Romeo is a bit too European for the Challenger and Charger. However, an extensive – like properly extensive – redesign of the LX vehicle architecture should be adequate for a road-racing special edition.

ACR means American Club Racing, and the last time Dodge has used this nameplate, the Viper was still in production. The V10-engined serpent is a downforce monster that set 14 lap records in 2016, cementing its status as one of America's best cars ever. At the Nürburgring Nordschleife the following year, German driver Lance David Arnold posted an unbelievable 7:01.30 lap.

I wonder what it means by the Giorgio platform is too European for the Challenger and Charger?
Scott Moseman
http://www.TheHEMI.com/
Follow us: