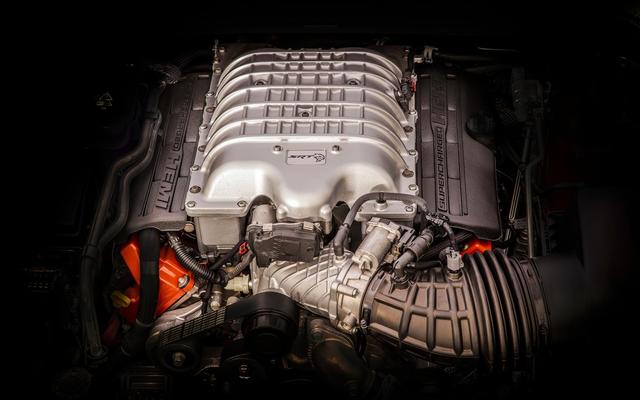 11 of the Longest-Lived Engine Families You Can Buy New Today
https://www.autoweek.com/news/technolog ... new-today/


Evolution, not revolution, has made these motors more powerful and efficient than their ancestors.

Engineers (and marketers) love to tout the arrival of a clean-sheet design—and whether you’re talking about an entire car or the engine that powers it, there’s something liberating about the idea of tearing up everything and starting over from scratch.

But sometimes evolution makes more sense than revolution. If you’re sympathetic to the “if it ain’t broke” mindset, we’ve highlighted some of the longest-lived engine families that are still represented on the new-car market. In all cases, they’ve been extensively modified and vastly improved over their ongoing production runs, speaking volumes about modern performance engineering (and raising some interesting philosophical questions along the way).

Still, we’ve kept our selections limited to engines that have maintained at least some direct link to their predecessors at each step of the evolutionary process. For our purposes, these engines must be available in a new road-going vehicle currently offered for sale in the United States—don’t try to get clever by suggesting a newly cast Willys flathead or something here—and it has to be a direct descendant of the powerplant that founded the engine family dynasty in question.

We know, we know: The so-called Third-Gen Hemi engines lack truly hemispherical combustion chambers—“Hemi” has evolved from an engineering descriptor to a marketing term. And unlike the Chevrolet small-blocks, there’s no direct link between the current motors and their distant ancestors (in this case, the Chrysler FirePower V8s rolled out for the 1951 model year). Nor is there any connection to the relatively rare 426 Hemi “Elephant” motor that powered Mopar muscle before the fuel crisis. Still, today’s Hemis, rolled out in 2003, retain a suitably old-school overhead-valve configuration, and variants power some of the most aggressive muscle cars ever built.

The Third-Gen Hemi uses a classic 90-degree V8 configuration and is offered in displacements ranging from 5.7 to 6.4 liters; it can be found under the hoods of everything from the Ram 1500 to the Dodge Challenger SRT Demon, where, in 6.2-liter supercharged form, it produces a stated 840 hp and 770 lb-ft when running on 100-octane gasoline.

I'm not listing the other 10 engines because, well, who cares about them?