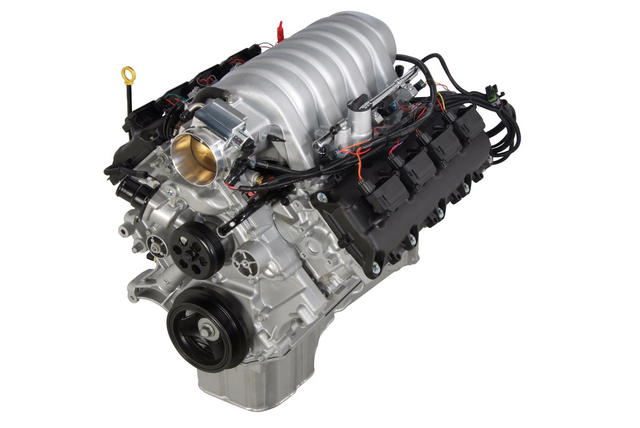 
We recently reported that FCA has filed a design with the USPTO for a turbocharged inline-six engine known as the GME-T6, which seems to point the way for the Slant 6 Dodge Challenger and Charger to come back, which could be hybrids. While any new engine in development that isn’t an overboosted turbo-four is worth noting, the engine that the new GME-T6 may be replacing was also something quite special: a 7.0L HEMI V8.

According to MoparInsiders, the 427 cubic inch HEMI V8 was internally codenamed “Banshee,” and was rumored to be a heavily modified version of the 6.4-liter HEMI V8 found in the Dodge Challenger and Charger SRT 392 Scat Pack muscle cars. The outlet’s sources said that the Banshee V8 would have had outputs of 525 horsepower and 535 lb.-ft of torque, which are close to the figures rumored for top tier versions of the GME-T6.

This is significant, as perhaps we will see the GME-T6 slot in to the models that were rumored to land the 7.0L HEMI V8. The most interesting of these rumored products was the Ram Rebel TR, a hopped-up variant of the Ram 1500 Rebel to slot in beneath the upcoming 707 hp Hellcat-powered Ram Rebel TRX.

When the TRX concept originally was unveiled, the truck featured a detuned version of the legendary Hellcat V8, albeit detuned to produce 575 horsepower. While this is already a significant amount more than the 450 horsepower available from Ford’s Raptor, the production Ram Rebel TRX is expected to land with the full 707 horsepower we know and love available from the supercharged 6.2L V8. This in turn does leave room in the Ram line-up for a truck that is a more reasonably powered, which is where the Ram Rebel TR might step in to play. If the inline-six powered truck does come to market, it is certainly going to be more affordable than the TRX as well.

So yes, FCA is likely building a slick inline-six capable of single or twin turbo layouts, and is likely at the expense of a reborn 7.0L HEMI V8. While the project has been shelved for the time being, it is possible that this engine will see the light of day at some point. Or so we hope.

This is disappointing, I was really looking forward to seeing a modern 426 HEMI.
(My assumption is FCA was going to brand it 426 -- using 427 wouldn't be right.)