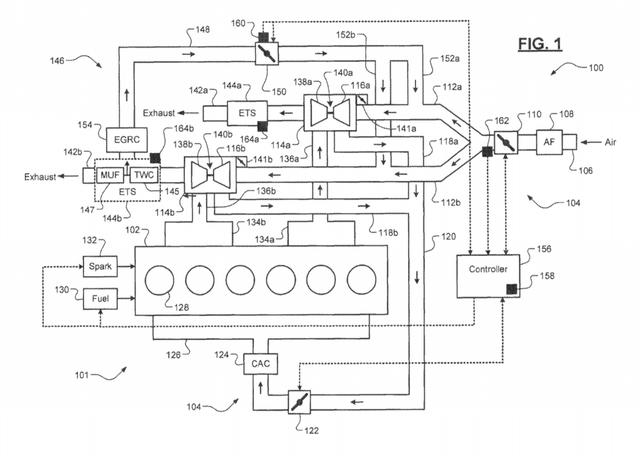 
If you’re an avid reader of MoparInsiders, you might have seen some of our articles mentioning the upcoming GME-T6 (Global Medium Engine Turbo-6) inline-six-cylinder engine. Unfortunately, we also shared the news that the rumored 426 cubic-inch (7.0-liter) HEMI V8 has been shelved, and, according to our sources, some of the vehicles that were rumored to get that 7.0-liter HEMI V8 could possibly be powered by a hotter version of the new inline-six.

According to our sources, the upcoming inline six-cylinder will be available in multiple power levels ranging from around 360 horsepower up to a high output version developing 525 horsepower. Our sources also tell us that the GME-T6 will feature FCA’s upcoming eBooster technology, which uses electronics to eliminate turbo lag. In theory, this would allow FCA to use larger turbos on the future engine for more top-end power while using the eBooster to fill in for the turbo lag associated with said larger turbochargers.

Now, MoparInsiders has uncovered a patent filing from FCA directly related to the new engine family. In a new patent filed on November 1st, 2017, and granted on April 2nd of this year, we get our first visual evidence that the upcoming six-cylinder does exist.

Patent number 10,247,142 filed with the U.S. Patent Office by FCA US LLC describes a new EGR (Exhaust Gas Recirculation) system for use with turbocharged gasoline engines. While FCA also has the GME-T4 turbocharged inline-four, which debuted in the 2016 Alfa Romeo Guilia and has since spread to the Alfa Romeo Stelvio, Jeep Wrangler, Jeep Cherokee and Chinese Market Jeep Grand Commander, the patent drawing clearly shows an inline six-cylinder engine.

While we have full confidence in our sources as they are typically spot-on, this is the first piece of tangible evidence that we can show that the GME-T6 does indeed exist. We are still a few years away from seeing this engine in a production vehicle, but when any new information comes to light on the engine program, you will see if here first.

I'm hoping this will be an optional Jeep engine and not a HEMI replacement.
And who would want a "hot inline 6" instead of a 426 HEMI? That's just wrong.
Scott Moseman
http://www.TheHEMI.com/
Follow us: