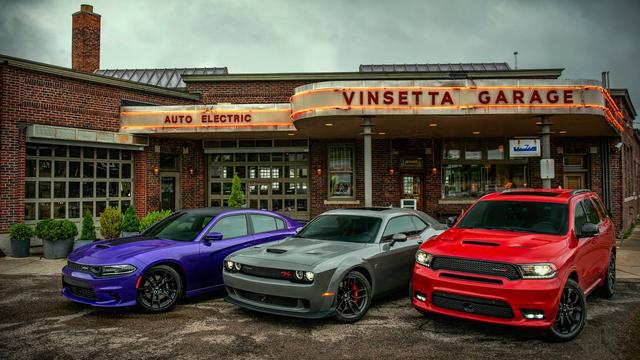 
Dodge passed a historic milestone that'd make the Dodge brothers proud: It has manufactured enough trucks, cars, and SUVs to introduce more than 500 million horsepower to the world's roads.

The storied American marque intended to hit the 500-million target at the end of 2019 and enter 2020 with a bang, but Dodge throttled past the mark more than two months ahead of schedule thanks to the success of its Dodge Power Dollars program. Since Aug. 1, Dodge has offered discounts on 2019 Challengers, Chargers, and Durangos in its dealers' inventories, allowing customers to save $10 per horsepower on the vehicle of their choice. Yes, that means that people are getting $7,070 off Challengers and Chargers equipped with the 707-horsepower Hellcat V-8.

Even though these three Dodges are among the oldest vehicles on the market today, the rebate program has propelled them to stunning success in the showrooms. The Challenger just enjoyed its best-ever third-quarter sales result, and the Charger its best third quarter in 13 years. Even the venerable Durango, now in its Golden Years, has picked up the pace and is on track to finish 2019 with its best sales since 2005.

Dodge Power Dollars will continue to run through Jan. 2, 2020, but as 2019 model years are about to be phased out for 2020 models, eligible stock will dwindle nationwide. As much as we'd like to imagine this to be a liquidation program to prep dealers for the arrival of a next-gen Challenger and Charger, those cars aren't anticipated to hit the road until 2023, depending on who you believe.

"'Dodge Power Dollars' has more than exceeded our expectations, giving a huge boost to Dodge performance across the country and helping us reach our goal of putting a half-billion horsepower into the hands of our loyal enthusiast by the end of the year," stated Fiat Chrysler Automobiles Head of Passenger Cars, Tim Kuniskis.

"These Dodge muscle cars are attracting a new generation of shoppers who are drawn to the performance, attitude, and personality of the Dodge brand—a brand that continues to differentiate itself within the car segment. This is the golden age of muscle cars," he added.

This is pretty cool. I'm glad I could contribute and do my part to help!
Scott Moseman
http://www.TheHEMI.com/
Follow us: