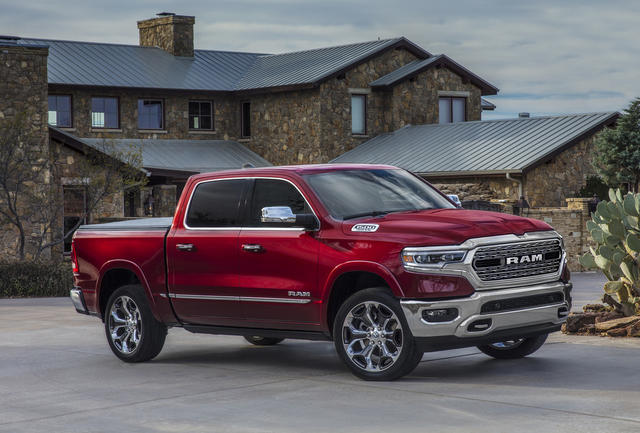 
Fiat Chrysler has spent nearly $300 million trying to address issues that have hampered the production ramp-up of the 2019 Ram 1500.

In FCA’s quarterly earnings call last week, company CEO Sergio Marchionne revealed the company has been struggling to reach its desired production output numbers of the new 2019 Ram 1500. The company began producing truck in mid-January, but the Sterling Heights Assembly plant where it’s built is only running at 60 percent capacity, Marchionne said. According to Automotive News, the plant is building 1,000 trucks a day (FCA hopes to eventually be building 1,400 a day) and is operating two 10-hour shifts a day, 7 days a week.

Marchionne said the outgoing version of the Ram 1500 will hold FCA over until the 2019 model year trucks arrive en masse, but this appears to be part of the problem. A union source that spoke to AN said FCA’s suppliers are having trouble keeping up with building two different versions of the truck at the same time. FCA elected to keep the current generation Ram on sale for the time being, offering buyers a cheaper alternative to the fancier new truck.

The Sterling Heights facility is also believed to be undergoing construction as workers simultaneously build trucks, and some workers have not yet been fully trained.

Additionally, the AN report says there are more than 2,500 2019 model year Ram 1500 trucks in holding areas near the plant, which need to be repaired before they can be shipped off to dealers. A source close to the matter claimed the trucks have an electrical problem, but additional details were not provided.

FCA dealers have so far only received on version of the 2019 Ram 1500: the 5.7-liter HEMI V8 model. The Pentastar V6 equipped versions, along with the 5.7-liter V8 with the 48V mild hybrid system, have yet to be rated by the EPA.

Marchionne, never one to mince words, also recently said FCA “sucked” at the launch of the Maserati Levante. The luxury crossover saw a slow rollout, followed by a surplus of inventory that forced FCA to halt production of the vehicle for a full week.

I'm curious to see the EPA numbers on the mild hybrid trucks.

Am I the only one who thinks the new design looks like a Tundra?