The Tucker 48 Nearly Had an Engine Larger than a Viper

The Tucker 48 Nearly Had an Engine Larger than a Viper 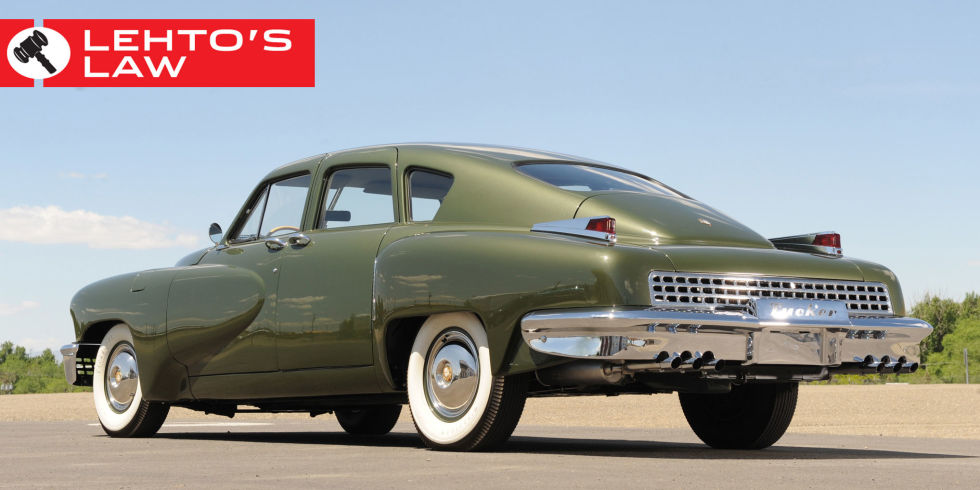 The Tucker 48 Nearly Had an Engine Larger than the Dodge Viper
http://www.roadandtrack.com/car-culture ... ve-engine/


Preston Tucker made waves when he announced his plans to sell an affordable and safe rear-engine, rear-wheel drive sedan to the public shortly after World War II. The clamor for such a car was great and Tucker fed the public a dizzying list of features his car would have. Some he managed to put into the cars; others didn't quite make it. One thing he did manage to create – at least in one iteration – was a monstrous 589 cubic inch engine. And while that displacement figure is astounding, the engine had other equally remarkable features.

When Tucker said he was going to build a car with cutting edge features, he pulled out all the stops. Many ideas he got came from spending time in the garages at the Indianapolis Motor Speedway, as well as time he spent with famed engine builder, Harry Miller. Miller did not live to see the Tucker '48 drive, but Tucker later said he discussed his plans with Miller. When talking about an engine for the car, Miller told him, "Pres, make it big!"

Never one to misinterpret the word "big," Tucker asked his engineers to design a six-cylinder engine with a five-inch bore and a five-inch stroke. This "5 x 5" configuration came out to 589 cubic inches and Tucker wasn't content to just make it big. The engine had monobloc construction and hydraulically actuated valves. The monobloc setup was thought to be a good way to avoid head gasket failures but brought along a whole new world of technical issues when it came to working on the engine.

But it was the hydraulic valves which really caused problems. Once the engine was running, things seemed to be alright. It was getting the beast started that gave Tucker's men headaches. When the engine was not running, all of the valves rested in the closed position. To get it started required a 24-volt starter – at a time when 6-volts was the norm. When it came time to unveil the '48 prototype, dubbed the 'Tin Goose,' to the public, Tucker's men had to shoehorn some truck batteries into the car so it could be fired up without having to be jumpstarted. It was the added weight of these batteries which most likely contributed to the suspension collapse moments before going on stage at the car's unveiling, a scene dramatically depicted in Tucker: the Man and His Dream.

Even tinkering with the engine after the car debuted, Tucker's men could not get the 589's problems fixed. His engineers and mechanics begged him to scrap plans for producing the engine and suggested he find a suitable replacement. Shortly after, Tucker found Aircooled Motors, which manufactured a helicopter engine that would fit in the '48s rear engine bay nicely. The 589 was sidelined.

It was a rare derailment for Tucker, who often plowed ahead even when his own people suggested he should change course. But, it looks like the 589 was really not a suitable engine for the car at the time. Inside the factory, it was said that the engine had only produced 83 horsepower. Worse, one of Tucker's most trusted mechanics told him the engine sounded like a "barrel full of monkeys."

Shortly after production cars began rolling off Tucker's assembly line, his people even replaced the engine in the Tin Goose. The 589 was shelved and an Aircooled engine was put in its place. The engine had run and even propelled the Tin Goose onto stage at its most important appearance. But it was not ready for prime time, as they say, and is now just a footnote in the Tucker story.

I thought this was a really cool story. That was a HUGE 6-cyl engine!
Scott Moseman
http://www.TheHEMI.com/
Follow us: