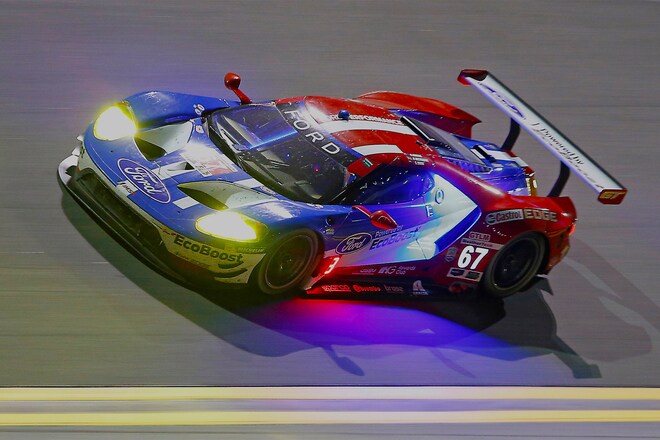 
Ford’s amazing on-track success has not come by accident. Passion, dedication and a massive engineering and testing effort has led the Blue Oval to wins in Le Mans, Daytona, Pomona and on dozens of drag strips, road circuits, rally tracks and drift courses around the globe.

Ford prides itself on winning, and it does so with production-based cars utilizing the most recent technology, and with powerplants such as the EcoBoost, that represent what millions of people drive every day. This dedication has led the Detroit automaker to invest $200 million dollars in a state-of-the-art wind tunnel complex that will be constructed near the Dearborn home of Ford Motor Company.

This new complex will center around a aerodynamic testing facility that will house a next-generation rolling road wind tunnel and state-of-the-art climatic chamber to best match the technological development of road-going and racing Ford products. The facility can even accommodate large-frame vehicles, including Super Duty trucks.

According to Ford, the wind tunnel complex will be located in Allen Park, Michigan, where it will absorb 13 acres and it will be conveniently located next to Ford’s current Driveability Test Facility. In addition to the wind tunnel, engineers will have the ability to work on innovative technology that can simulate real-world driving conditions to advance improvements in fuel economy and overall vehicle performance.

Dennis Paige, lab manager for Ford’s Driveability Testing Facilities, points out that advanced features, development and innovation require that testing and verification technology keep pace with the evolution of the automobile and the industry as a whole. That’s where the new facility comes into play. And Ford’s new wind tunnel complex better positions engineers to conduct testing to proves out advancements in vehicle design. A main feature will be the five-belt conveyor system designed to replicate real-world drag through a rolling road aerodynamic tunnel that enables Ford to bring the road to the vehicle, rather than the vehicle to the road.

“To test for optimal fuel efficiency, each wheel gets its own belt,” said Paige. “The massive fifth belt runs under the center of the vehicle, allowing airflow around the entire vehicle at speeds up to 155 mph. As a part of the rolling road belt cartridge system, a crane will be used to switch between the five-belt and single-belt systems—an industrial-sized plug-and-play approach bringing two testing. The single belt, which operates at up to 200 mph, opens up a new breed of testing for high-speed performance and racing vehicles.”

In addition to the rolling road, the wind tunnel can provides a full environmental airflow simulation, with speeds from 155 mph to 200 mph. “This expanded airflow will enable engineers to validate vehicle designs at a higher quality and repeatability,” he added. “This strengthens testing for aerodynamic shielding, high-speed performance and other design features.” According to Ford, the climatic chamber has a vast range of temperature, as it can swing from an arctic-like 40 degrees Fahrenheit, to 140 degrees Fahrenheit.

“This new wind tunnel facility will not only allow us to test our performance and racing vehicle line-up, but will also enable us to share innovations across all our global Ford products,” said Dave Pericak, Ford Performance global director.

Of course Ford will also use the complex to enhance performance vehicles both for the street and those slated for competition. Aerodynamics plays a huge role in most forms of racing, so we expect great enhancements in downforce and drag reduction in vehicles from the Focus RS to the Mustang and the Ford GT. Ford can also use the facility for trucks and its full line of passenger cars.

Ford has used aerodynamic aids for decades, examples include the 2000 Cobra R Ford Mustang, which utilized a clip-on front splitter (which used Dzus fasteners) and a tall rear wing, and both Shelby GT500, GT350 and Boss 302 Laguna Seca Mustangs have benefited from splitters and spoilers (or wings) as well.