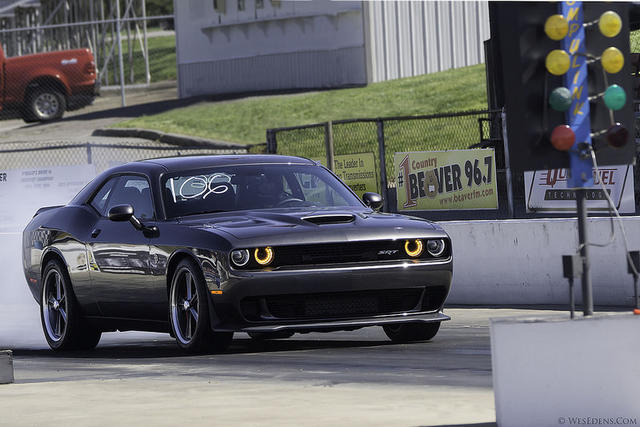 
MSHS made an appearance at ChallengerFest6 and boy were we in for a treat. The Modern Street HEMI Shootout sponsored a Hellcat Challenge Prize for the Hellcat that made the quickest pass of the day. We’ve heard about the potential 10 second passes and now we’ve seen it with our own eyes.

Solid 10s with only a tire change! What a monster, Dodge!