Does your HEMI have NITRO?

Does your HEMI have NITRO? 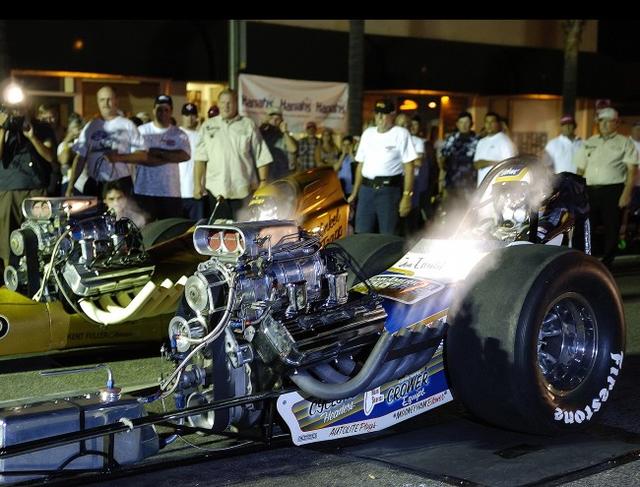 
We had a feeling that the people on staff at the Automobile Driving Museum love cars as much as we do, but when they suggested we get a pair of nitro-burning, front-engine dragsters to fire up at this month’s cruise, we knew they were true gearheads. The two blown Jr. Fuel Hemi dragsters were campaigned by Don Ewald in the late ’60s and are going to fire up twice over the course of the cruise so in case you’re a latecomer you should still get the chance to hear the cackling and feel the power in the air. Hopefully the fact that we’ll be 1/4 mile from LAX will keep the noise complaints to a minimum and this won’t be a one-time-only event at the cruise, but it will still be a rare occasion, so if you’ve been waiting for an excuse to make it out and see some cool cars, now’s your chance. 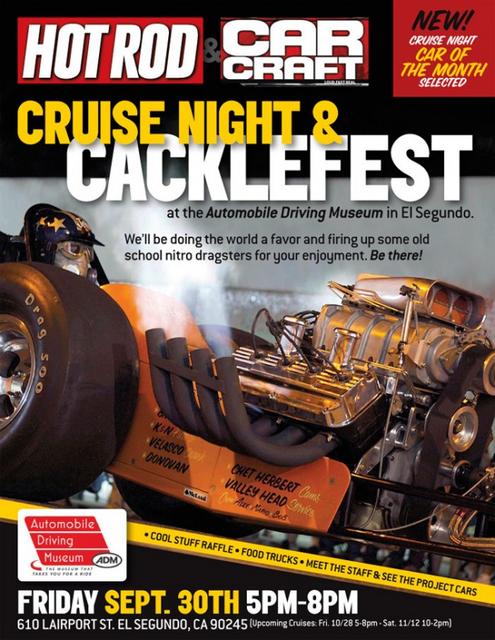 Re: Does your HEMI have NITRO?

by mart
This is really cool and not to crap on a good thing....but "two blown Jr. Fuel Hemi dragsters"??? Huh??? 'Junior Fuelers' were all *unblown*! The two cars shown in the pic appear to be typical late-'60's-early-'70's vintage "AA/Fuel" - aka - "Top Fuel" dragsters. Very cool and definitely something to see and experience, but for the record, they're definitely not Jr/Fuelers.

mart <who unlike most of the 'young'uns' now
apparently writing for "HRM" and "Car Craft",
was at the track 'back in the day' and actually
remembers this kinda stuff 'first hand'!!!