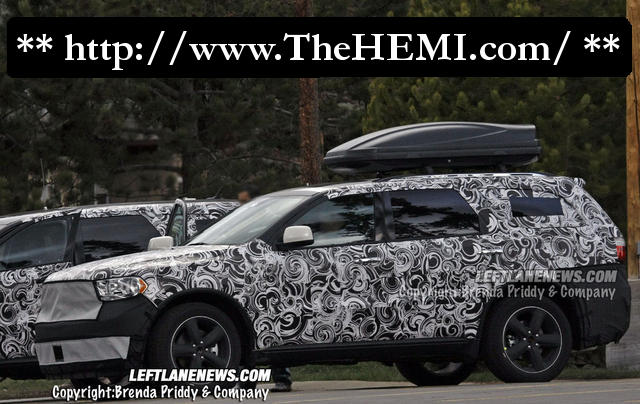 
Following an earlier image leak, our spy photographers have once again caught up with Dodge’s next-generation Durango. Earlier Durango prototypes were covered in heavy plastic cladding, but these ute’s were caught wearing only a BMW-style tape camouflage.

Code-named “WD,” the Durango will be sharing a unibody chassis with the 2011 Jeep Grand Cherokee and the 2011 Mercedes ML-Class. Not all things will be equal as we expect the Benz to sport higher-end running gear than its Chrysler brothers. Fiat may also launch a vehicle on this chassis sometime in 2012-2013. One thing you won’t see on this chassis is a Chrysler Aspen variant.

While the Durango nameplate has been in use since 1998, that may change with this newest iteration. During Chrysler’s marathon presentation of their 5-year plan in November, the word “Durango” was never spoken. In the PowerPoint presentation, it was referred to simply as “Full-size CUV.” Rumors have suggested the next-gen Durango could be renamed the Magnum – a name last used on a low-slung sports wagon.

Whatever the name, the new CUV/SUV will follow Dodge’s current design language, highlighted by the brand’s signature cross-hair grille.

Powertrains for the Dodge should be identical to the 2011 Jeep Grand Cherokee, with the next-gen, Pentastar 280 horsepower 3.6-liter V6 and the 390 hp 5.7-liter Hemi V8 on tap. A Fiat-sourced diesel motor, as well as a dual clutch transmission, may eventually find its way into the Dodge. Other features we expect to see are optional 3rd row seating, power lift gate, adaptive cruise control and parking sensors.

Based on a leaked production list we expect this new Dodge CUV to start production on November 8, 2010 at the Jefferson North Assembly Plant in Detroit, Michigan.

by 392heminut
Is it camouflage or Dodge's new version of the 'Mod Top'?

392heminut wrote:Is it camouflage or Dodge's new version of the 'Mod Top'?

392heminut wrote:Is it camouflage or Dodge's
new version of the 'Mod Top'? 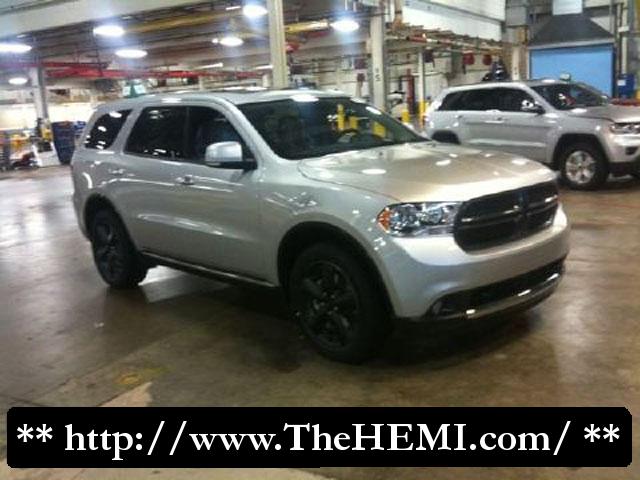 
Ah, the magic of the interwebs. Chrysler has yet to officially reveal the 2012 Dodge Durango (which could yet be birthed under the name Magnum), but we've come across this rather nonchalant camera phone photo taken by one of the Twitterati.

Judging from the Durango/Magnum spy shots that have come through our hands, the exterior design hasn't changed much during the SUV-turned-crossover's development. If we're honest, the design is a little milquetoast, but we'd rather Chrysler be executing simple designs rather than unsightly messes. Expect the Pentastar 3.6-liter V6 and 5.7-liter Hemi V8 to be under the hood when the SUV hits the road in early 2011.

by scottm
Looks like it's definitely Durango and not Magnum.

Here are the models we'll get to pick from... 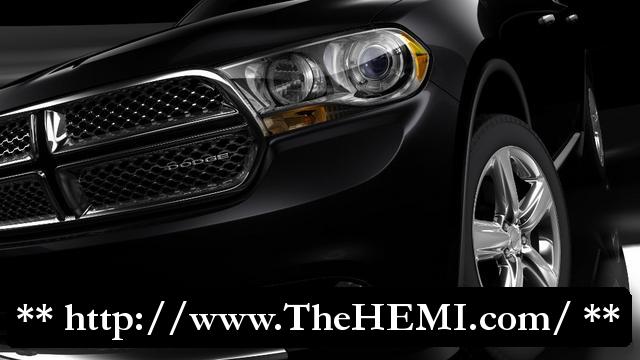 
The first teaser images of the 2011 Dodge Durango