Had the car running last fall,not finished,no chrome,not detailed etc.
We drove the Road Runner about 300 miles,lost four piston tops on the drivers side
Engine showed no signs of anything wrong,except some spark gaps had tighten up.
At that time we tried-indexing plugs-changeing spaek plug gaps-fuel-timming,engine
did not heat up or knock, ran very well,finally put a hole in one piston.

After this happened we had people come in or call with the same problem.
This seems to happen when you change the 5.7 or 6.1 to a different vehicle,computer change,
different wireing harness ? ( open for discusion)

Bought a new 6.1 Hemi block-deck was way off of posted deck specs,Callies 426 stroker kit
Built engine,installed on dyno,very small camshaft,supercharger 12 pounds of boost.
NOS,changed to E-85,picked up about 13 hp with E-85, thought it would be a lot more
since we do not have an inner cooler. Plus side it will run cooler.

Getting car ready to go to Cobo hall in Detroit MI. Auto-Rama
after that car will be a weeked driver,offically finished ?? ( 6-years )

Will send pics to be Scott to be posted
Top

Here are some photos... 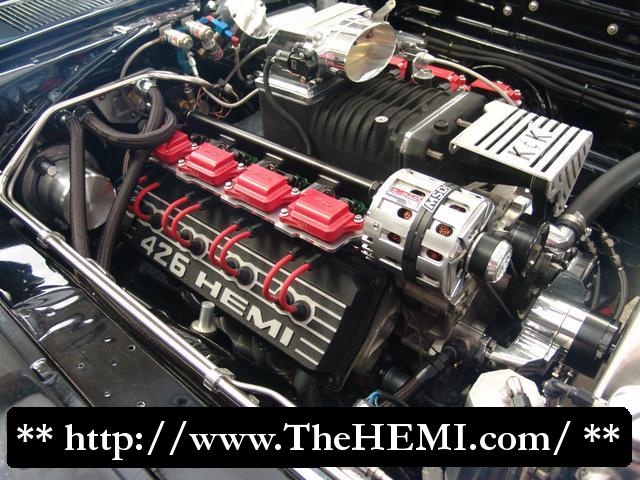 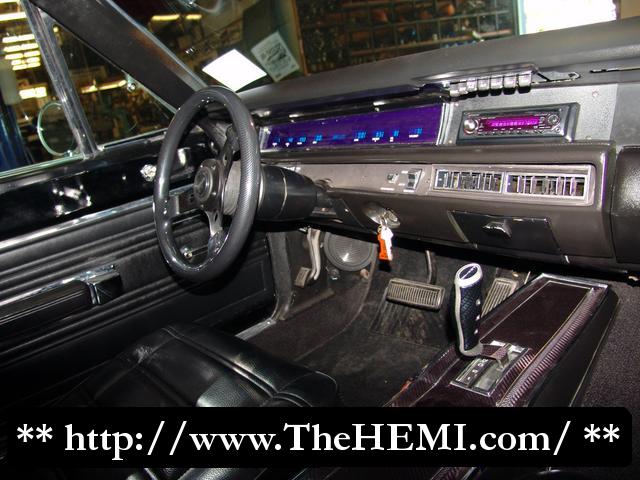 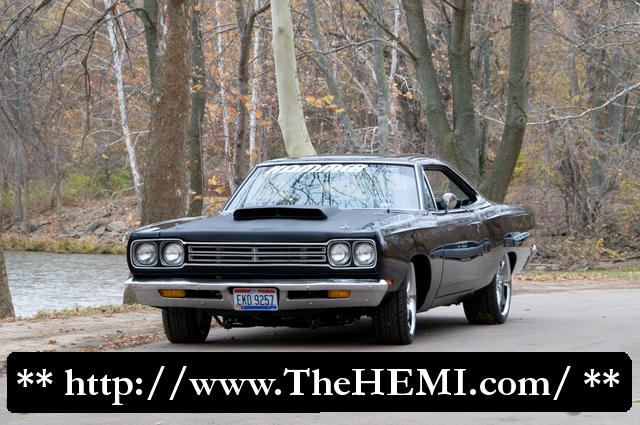 You can find all of the photos here: http://www.thehemi.com/gallery/main.php?g2_itemId=607
Scott Moseman
http://www.TheHEMI.com/
Follow us:

could you kindly post more info about the front timing cover and electric water pump?

I will send Sott a picture of our proto type plate we designed,If you used this plate and x-brand water pump it would be very time consuming to redo all your pullys and brackets.
Top

Here's a photo provided by Bob... 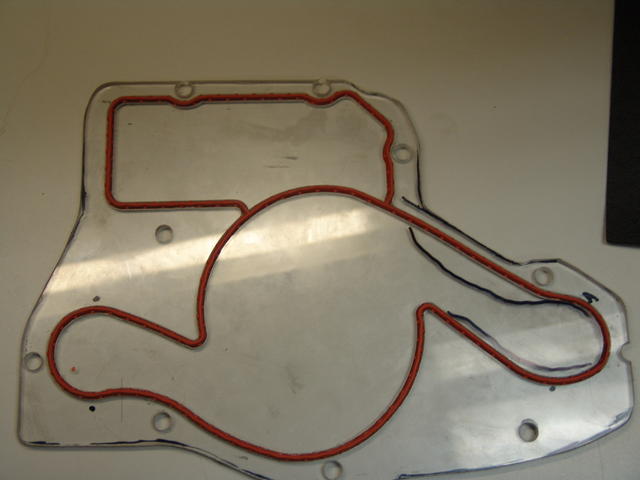 Bob Kammer wrote:I will send Sott a picture of our proto type plate we designed,If you used this plate and x-brand water pump it would be very time consuming to redo all your pullys and brackets.


time doesnt seem to be an actual problem...just looking for things to be different....the current project i have is pretty different.......i see that you have a pulley...what seems to be behind the electric pump...but dont see that hole in the cover....so where does it bolt to?


do you have a diagram of the current belt route? and would your setup (front cover) work with a factory style setup (PS, A/C alternator) locations...minus water pump of course?
Top

Nothing will work with the factory set-up. Everything behind the water pump are belt tensioners,
adjusters.Like my RR when You are done it will be one of a kind.
Top
Post Reply
7 posts • Page 1 of 1